Even the most pessimistic fan did not expect Juventus to start the 2015-16 Serie A season with three losses, two draws and just one win. Juve’s players were clearly struggling and pressure was piling on coach Massimiliano Allegri and his squad.

The media and fans turned into heavy critics with the club’s summer transfer campaign ridiculed as a failure for obvious reasons, most notable the departures of club heroes such as Andrea Pirlo & Carlos Tevez. Fast forward to March 20th, 2016 and Juve have not only reclaimed top spot in Serie A but did so on the back of a remarkable 21-game unbeaten streak. What has been even more impressive is the fact Juve have won 20 out of the 21 games, with a goalless draw against Bologna being the sole exception. 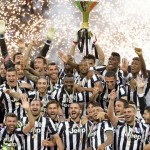 So what has changed to fuel Juve’s meteoric return to the top following a dismal start? And who or what can stop Juve from crowing this astounding turnaround with the Scudetto?

Once Pirlo, Tevez and Arturo Vidal, three decisive players for Juve over the past few seasons, were confirmed departures, it was clear the club’s management had turned its attention to an extensive rebuilding project. The project focused on adding younger players with great potential and skills such as Paulo Dybala, Alex Sandro, Daniele Rugani as well as Simone Zaza.

Dybala has turned out to be the summer’s best signing in Serie A, and perhaps Europe, contributing 14 goals and 8 assists in 29 league games, including 24 as a starter. Brazilian full-back Sandro has proven to be one of the best in his position in the league with his bursting runs forward and his ability to create scoring chances for his teammates with his crosses. 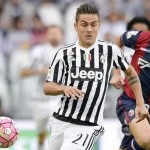 Coach Allegri gradually introduced Dybala and Sandro to Juve’s starting lineup before entrusting them with more responsibilities based on their major contributions. The fact Allegri was cautious in integrating the newer players and the long injury list meant Juve were deprived of key players earlier in the season which proved to be disastrous.

It is perhaps the same detrimental element- injuries to key players- which can derail the Bianconeri and their quest for a historic 5th consecutive Scudetto. Some might say coping with injuries is part of a club’s season but the painful Champions League exit was punctuated by key absences in the 2nd leg in Munich. Midfield general Claudio Marchisio, rising star Dybala and defensive cornerstone Giorgio Chiellini were all missing.

In addition, Croatian striker Mario Mandžukić was only fit enough to come off the bench while Sami Khedira’s constant muscular problems meant he could not last the full 90 minutes at the same high level. This Champions League tie against Bayern highlighted Juve’s squad depth when compared to other Serie A teams yet, ironically, also exposed the club’s shortcomings when compared to the other big European sides. 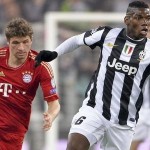 Juve do not have a squad as deep as Bayern’s and that was the difference in the tie. Even without Arjen Robben and with Franck Ribery in the twilight of his career, the Bavarian side still had too much punch going forward, exposing the tired and old legs of Patrice Evra. The Frenchman Evra was at fault for both Bayern’s second and third goals; however, this would not have been even an issue had Chiellini been fit to start in Munich. Hence, the game in Munich highlighted what could be Juve’s undoing in the remainder of the Italian league season: injuries.

In the first 6 weeks of the current campaign, the Bianconeri were hampered by injuries and that was a main factor behind the heavy bleeding in points. Gradually Juve recovered their key players in due time to mount a massive and historic comeback; however, the month of March has been a tough one and the injury bug has struck once again.

The injury crisis has worsened in recent weeks with Juve’s entire defensive line sidelined due to injury, with Leonardo Bonucci suffering injury during the Germany friendly to to join Andrea Barzagli & Chiellini on the treatment table. To make matters worse, emerging star Dybala remains questionable and is not fully fit. Khedira continues to be injury prone while Marchisio has had an injury interrupted season. 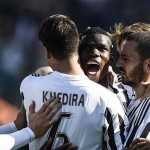 A careful analysis of Juve’s situation shows the quest for a 5th Scudetto can only be derailed by an injury crisis, the same factor which played a huge part in the early season struggles (combined with the integration of the new faces during the first few months).

Will Juve overcome the injuries to retain the league title and perhaps go on to achieve a historic domestic double by also winning the Coppa Italia? If Juve win both trophies, then it will be a historic achievement since no Italian side has ever won the domestic double two seasons in a row.