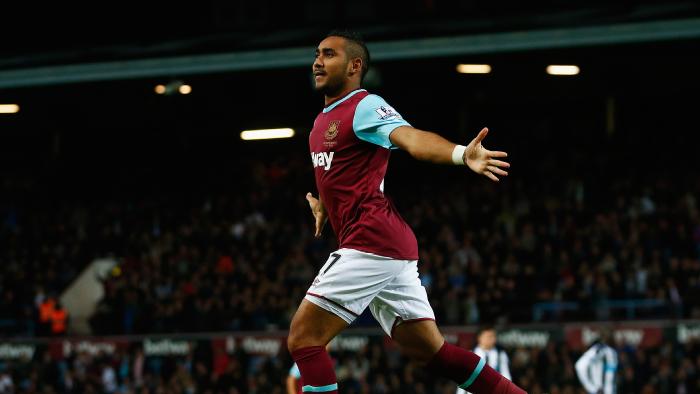 West Ham United midfielder Dimitri Payet has enjoyed a dream debut season at Upton Park, and finds himself as a signing of the season contender. The 29-year-old was a risk at £11M given his previous troubles in football, but he has been in the best form of his career during the current Premier League campaign, and is helping propel the Londoners achieve to an unlikely top-four spot.

The Hammers are currently fifth in the Premier League with 50 points from 30 games, and have won three and drawn two of their last five. It comes as no surprise the club suffered a considerable drop in form when the French playmaker was sidelined. Payet’s form has led to a long-awaited return to the national team, and the impressive Frenchman duly repaid the coach’s faith by scoring from an audacious free-kick

The talented 29-year-old has scored and created 18 goals in 22 Premier League appearances for West Ham United this season, while having made 55 successful dribbles and having created a staggering 86 chances. He’s perhaps been the best playmaker in the English top-flight in 2015/16, and West Ham legend Paolo Di Canio believes he has all the hallmarks to follow in his footsteps at the club.

“Payet is a fantastic footballer. He can be a cracker for a few years to come. He works hard for the team, off the ball as well as on it. Look at the top footballers, the ones who play for Arsenal or Manchester City, and they are not doing it like Payet. That proves that he is a very talented player. As an individual, Payet is one of the best signings this year in the Premier League. Just look at his numbers this season and they will show you that,” said the Italian coach.

West Ham are trying to tie down the midfielder to a long-term deal as he’s sure to have offers coming in the summer. For the time being it appears Dimitri Payet is keen to stay in London. Possessing fantastic close control and quick feet, Payet ghosts past players with ease and has great vision to pick out a decisive pass.

He also makes good runs into the danger areas to get among the goals, so he’s West Ham’s difference maker and the man potentially behind a lucrative Champions League spot in 2016-17. The Hammers have scored 47 goals in the Premier League in 2015/16, and Payet has contributed to nearly 40% of them.

Just how good has Dimitri Payet been for West Ham United this season?